Seed Talent are specialist IT recruiters

The best tech talent are not looking for work; we know where to find them.

The Dark Side of Emotional Intelligence

In some jobs, being in touch with emotions is essential. In others, it seems to be a detriment. And like any skill, being able to read people can be used for good or evil.

Emotional intelligence is important, but the unbridled enthusiasm has obscured a dark side. This article by The Atlantic offers another perspective on the highly-desired leadership trait – EQ. It suggests that “in jobs that required extensive attention to emotions, higher emotional intelligence translated into better performance. In jobs that involved fewer emotional demands, the results reversed.”

“Some of the greatest moments in human history were fueled by emotional intelligence. When Martin Luther King, Jr. presented his dream, he chose language that would stir the hearts of his audience. “Instead of honoring this sacred obligation” to liberty, King thundered, “America has given the Negro people a bad check.” He promised that a land “sweltering with the heat of oppression” could be “transformed into an oasis of freedom and justice,” and envisioned a future in which “on the red hills of Georgia sons of former slaves and the sons of former slave-owners will be able to sit down together at the table of brotherhood.”

Delivering this electrifying message required emotional intelligence—the ability to recognize, understand, and manage emotions. Dr. King demonstrated remarkable skill in managing his own emotions and in sparking emotions that moved his audience to action. As his speechwriter Clarence Jones reflected, King delivered “a perfectly balanced outcry of reason and emotion, of anger and hope. His tone of pained indignation matched that note for note.”

Recognizing the power of emotions, another one of the most influential leaders of the 20th century spent years studying the emotional effects of his body language. Practicing his hand gestures and analyzing images of his movements allowed him to become “an absolutely spellbinding public speaker,”says the historian Roger Moorhouse—“it was something he worked very hard on.” His name was Adolf Hitler.

Just because you've resigned from a job doesn't mean you… ∞
At the interview: Be confident, smile and be yourself Listen… ∞
Behavioural interviewing is now a standard means of interviewing within… ∞
Preparation is an essential step towards performing well in any… ∞ 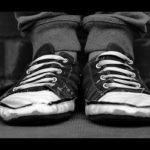 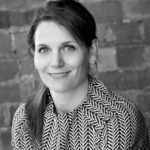 How To Keep Your Best Talent Without Using Financial Incentives 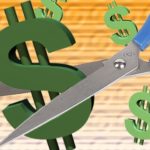 Four Ways To Stay Lean While Starting Up